A History of Wedding Boots From humble origins as satin booties to over-the-knee lace gorgeousness, wedding boots have a long history. As with any good story, this one is full of romance, royalty, and rebelliousness.

It is during this era of romance and feisty heroines that the wedding boot is born. Before the Regency period, ladies’ shoes were mainly delicate slippers, but as fashions adapted to increasingly active lifestyles, so did footwear. How else could Lizzie Bennet march across fields to find Mr Darcy? “Half boots” grew in popularity as more women were allowed to take up pastimes such as riding and walking. As trends often do, these booties soon took off and from England to France satin and kid leather boots graced ballroom floors, with more elaborate designs becoming a part of a traditional wedding outfit.

Round toe Regency ‘Half Boots’ circa 1815 – Museum of London

Nothing sets off a neat ankle more than a half boot – Jane Austen, ‘The Watsons’

During this time there was one woman that influenced all trends, from those surrounding morality to wedding customs. She was of course, Queen Victoria. Credited with starting an almost two century long love affair with the white wedding dress, her choice in footwear also influenced bridal styles.

Queen Victoria’s Wedding; A Victorian Bride getting ready – Images via History Today and Threading Through Time

The elastic sided boots pictured below were said to be a style favoured by the Queen and many followed her lead, choosing these booties and similar designs for their wedding day.

As technology improved, the boots became more structured and decorated in a more elaborate fashion. Although small heels were added, the toes remained rounded, retaining a demure feminine look in keeping with fashions of the time.

Although weddings retained traditions of bygone times, the 20th century played host to incredible changes. The Edwardian period saw a loosening of the strict moral codes imposed by the Victorians and tastes in fashion changed. The demure wedding booties of the past were replaced by boots with attitude, perfect for any aspiring suffragette.

The higher heels and lace-up designs remained popular throughout the pre-war years. However, as wedding dress hemlines rose, the flapper girls of the 1920s kept the boots for more boisterous activities.

With House of Elliot’s ‘Josephine’ half boot, current day Brides can now enjoy the style of the boots of the Edwardian & Victorian eras.

Brides today are lucky to draw inspiration from decades of style whilst being free to either follow tradition or blaze a new trail. It is with this in mind that the House of Elliot’s collection of lace boots is designed. Inspired by the demure femininity of the Victorian period with a dash of attitude from the early 20th century, the collection with its variety of colours and styles is a truly contemporary answer to a long history of wedding boots. 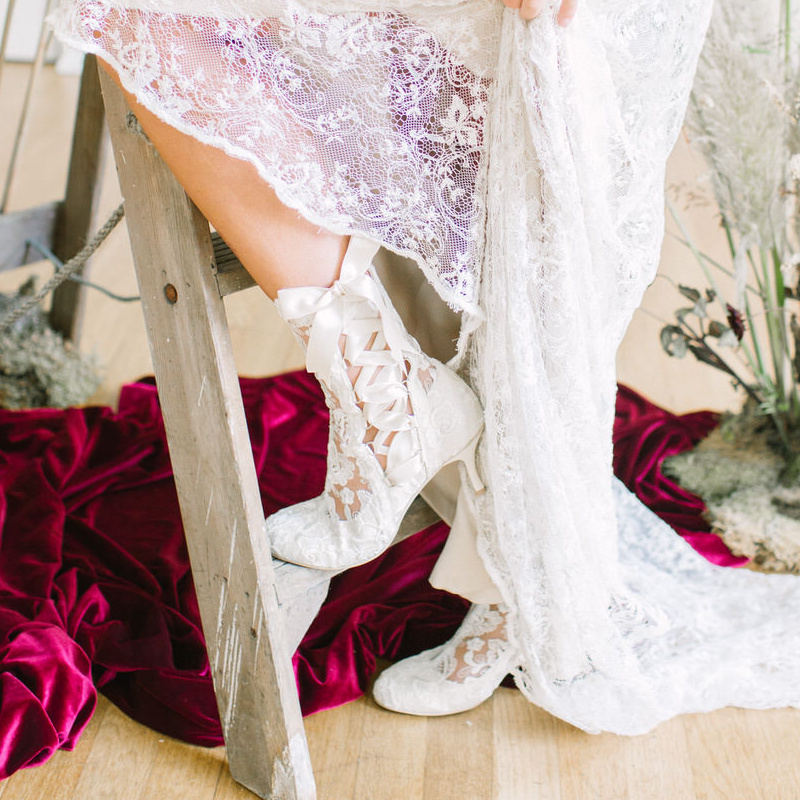 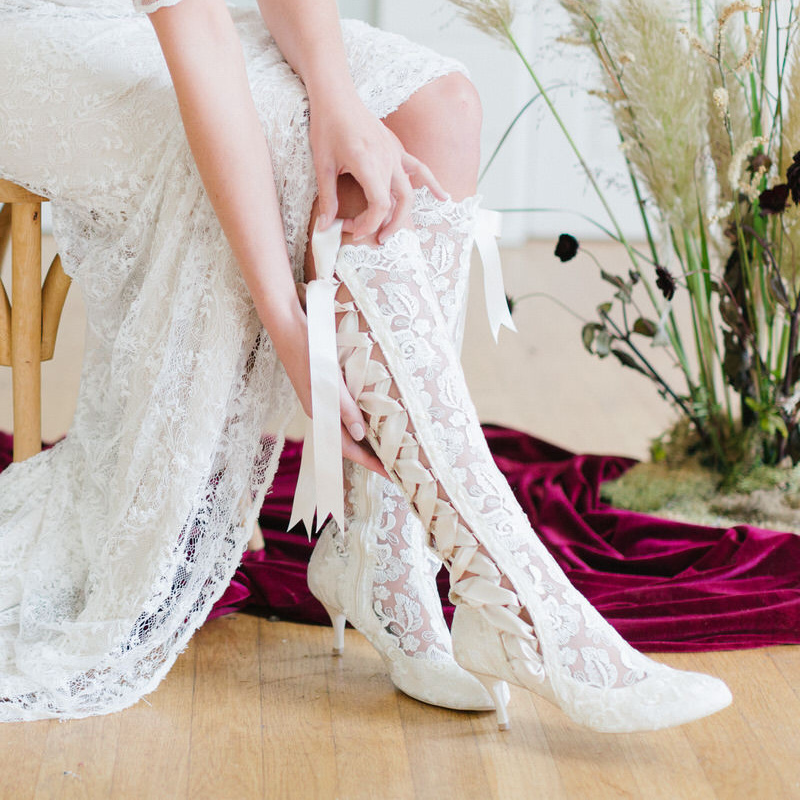 Mixing daring style with Romance, French Bride Sandra wears a pair of  ‘Goodnight Sweetheart‘ over the knee lace boots in front of the Louvre, Paris. When she isn't daydreaming about weddings, Sarah can be found curled up with a good book or baking - preferably with a glass of bubbly in hand!